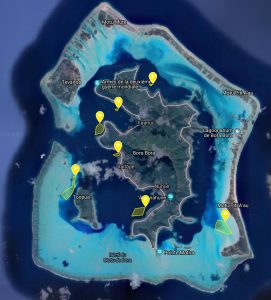 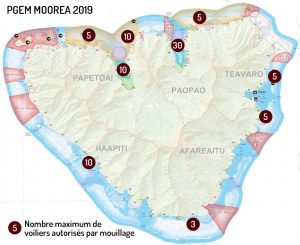 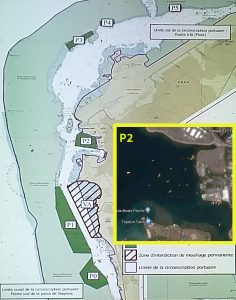 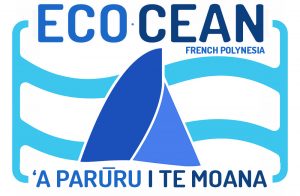 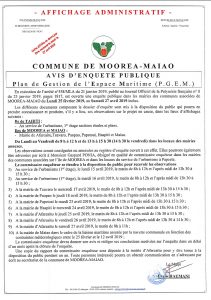 Significant restriction on the number of sailing boats allowed on Moorea Island.

Prohibition of wetting outside the defined areas in the PGEM.
Prohibition of exceeding the quotas allocated on each zone.
Up to 83 boats allowed throughout Moorea.
50% of these moorings on Moorea will be at the bottom of the bay (COOK and OPUNOHU) on funds of 25 to 35m.
Concentration of mooring areas in the north of the island, where the density of sandy bottoms that allow mooring without the risk of damaging wildlife is lowest and where the concentration of homes and tourist activities is the lowest Important.
--48 hours of stay on a berth.
Only 13 sailboats will be allowed on moorea's EST façade, the only one that can reasonably accommodate boaters from Tahiti for a maximum permitted stay of 48 Hours (While Moorea counts on this façade: 50 resident boaters and Tahiti has more than 250 resident boaters)
Knowing that these moorings on the IS façade are naturally and logically already occupied mostly by the boaters of the marina of Vaiare for the weekend because of their proximity.
Quotas of moorings reviewed annually unilaterally by the commission. 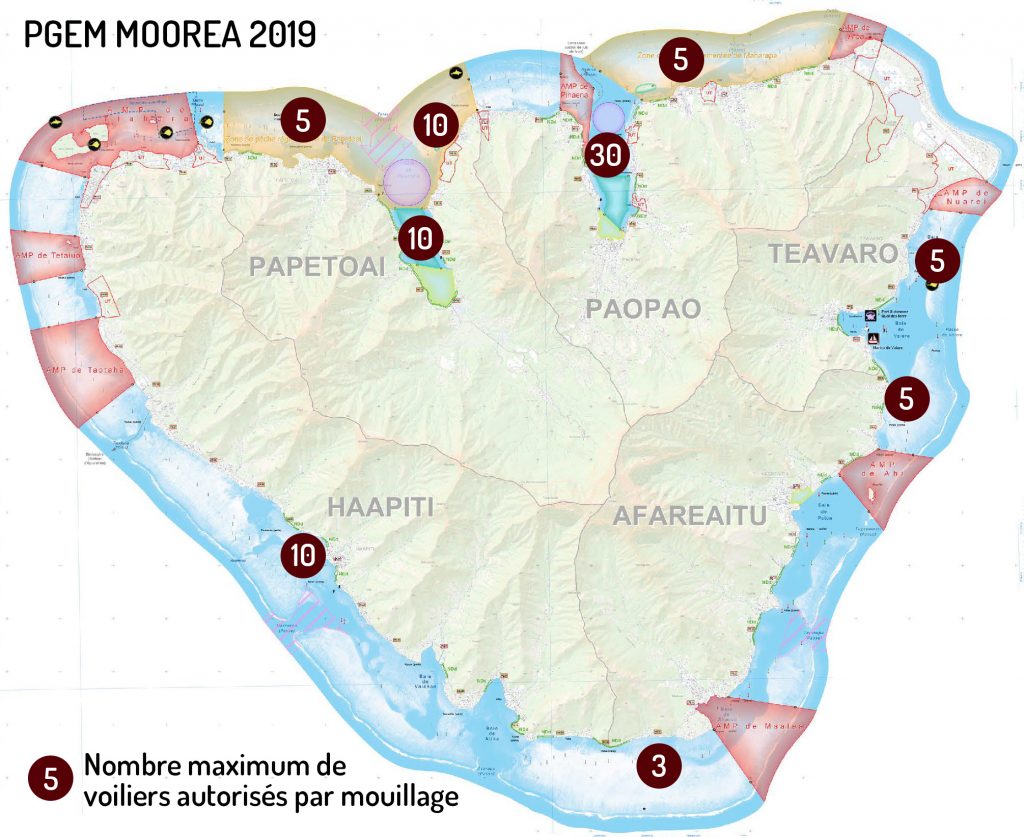 You can also mail them directly to the investigating commissioner at:

In response to this text, the association organized a working meeting and published lists of arguments and proposals that you can use to contribute to the public utility survey:

Take these arguments and participate in the public utility survey! 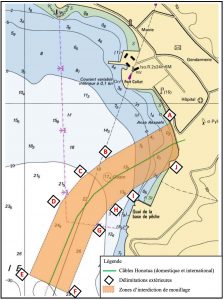 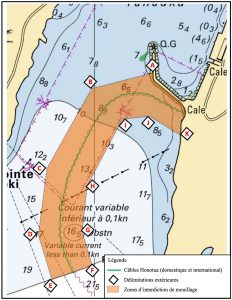 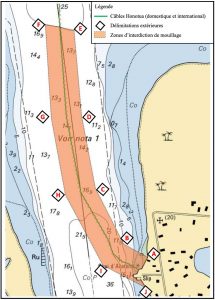 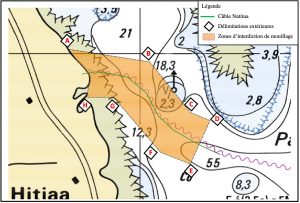 Attention! New anchor restriction zones have been defined to protect the NATITUA cable that supplies the archipelagos with fibre optics. Failure to comply with these areas exposes you to a 5th class ticket.

It is created in the maritime space on the outskirts of the commune of Rangiroa, Nuku Hiva, Hiva Oa and Tahiti (Hitia'a) an no-go zone at anchor to protect the submarine cables. The coordinates of this area are defined in Article 2 below.

Without prejudice to the public domain conservation sanctions, and in accordance with Article 131-13 of the Penal Code, the offences in this order expose the perpetrators to the penalties and penalties provided for 5th class tickets.

Without prejudice to the powers exercised by officers and judicial police officers, violations of the provisions of this order are found by minutes drawn up by the authorized and sworn officers of the Polynesian Directorate of maritime affairs.

HIVA OA
Forbidden zone anchored at the entrance to the port, Tahauku Bay 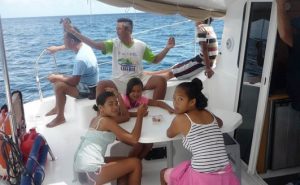